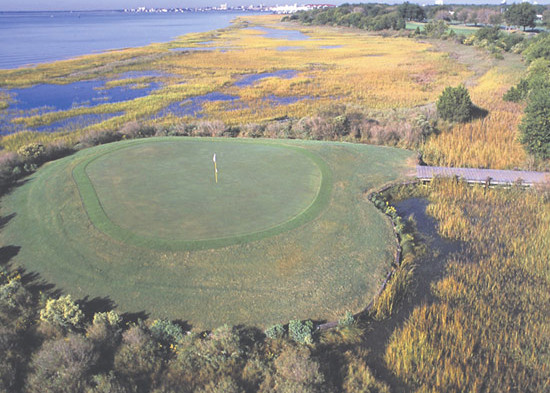 The 150-yard 17th hole smacks of Pebble Beach, with its green that juts out into the harbor and a prime view of Fort Sumter and dozens of sailboats in the distance.
- Shane Sharp, WorldGolf.com 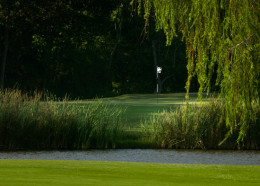 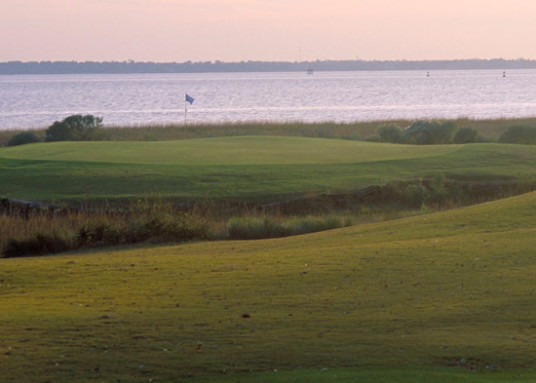 Youâ€™re looking out toward Fort Sumter when you notice the cruise ship sailing into Charleston Harbor, returning from a week in the islands. Then, there is the shrimp trawler to your left, heading for the docks at Shem Creek, so close you feel like you could yell at the skipper and ask him about his catch. It all makes it hard to focus on the task at hand, which is finding the tiny island green with your tee shot at the short but testy par-3 that sits in front of you.

Youâ€™re standing on the 17th tee at Patriots Point Golf Links, certainly one of the most scenic short holes in all of golf. The putting surface is little more than a grassy convexity in the Harborâ€™s shallows, far smaller than Crab Bank, the sandbar that same shrimper is just idling past now. The setting would be even more spectacular were it not for one thing; youâ€™ve not been out of sight of Charleston Harbor and the landmark Cooper River Bridge since you teed off. Thatâ€™s what makes Patriots Point Links special; this is a course that literally sits in the Harbor.

Built on land reclaimed by the dredging efforts that once opened shipping channels in the Harbor, Patriots Point is as close to historic downtown Charleston as a quick drive across the massive bridge. A stand-alone course with no associated real estate development, this is a links worthy of the name, meaning it was built on land that connects tillable acreage with the sea. Exposed to the wind from all directions, Patriots Point is not only a visual treat, but a shot-makerâ€™s delight. Hit it high or knock it down. Ride the wind with a cut or hold it against the wind with a draw. Itâ€™s your shot and the green at 17 awaits your decision.