The Links at Stono Ferry 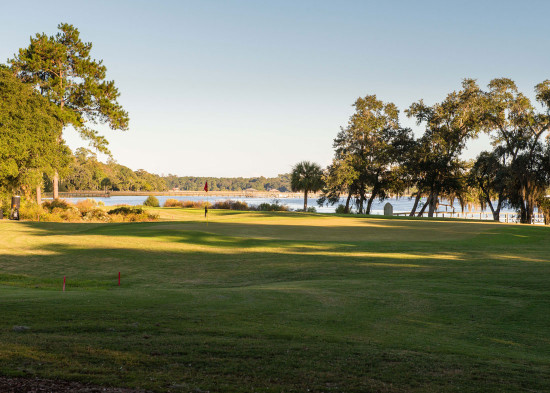 Stono Ferry is a special place with a unique combination of Southern history and charm that creates a memorable and enjoyable experience.
- Course architect Ron Garl 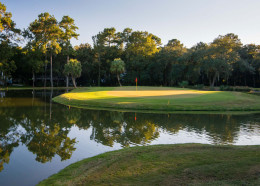 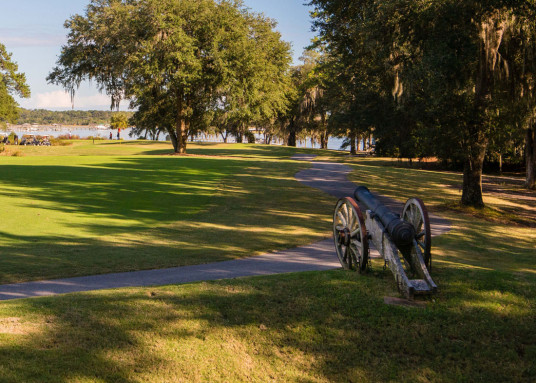 Youâ€™re standing on the tee at the par-3 14th at Stono Ferry Golf Links, little more than a finger of emerald turf protruding into the Intracoastal Waterway. The trawler steadily making its way northward toward Charleston Harbor is but a well-aimed pitch shot to your right. Your mind wonâ€™t let go of the putt you just missed at the 12th green and then it hits you. A missed putt isnâ€™t so bad; some who once stood on the very place youâ€™re now standing lost more than a chance at birdie. They lost their life.

Stono Ferry Golf Links, a Ron Garl creation with three holes set against the â€˜ICW,â€™ is more than simply one of the areaâ€™s most enjoyably golf courses. Itâ€™s a walk â€“ or cart ride â€“ through history. In June 1779, American patriots battled British and Hessian troops on these very grounds in the Battle of Stono Ferry, a Revolutionary War struggle that claimed nearly 300 casualties. That explains the redoubt â€“ the earthen fortification â€“ you just negotiated with your tee shot at the 12th.

Today, the only skirmish this land hosts is your battle with par. To add to that challenge, Garl created a course that takes advantage of mature coastal forests, tidal creeks and, yes, even the Intracoastal, which frames the three holes youâ€™re wrapping up with your tee shot at 14. But the challenge wonâ€™t be complete until youâ€™ve safely reached the island green at the par-4 finishing hole. And when the last putt goes down and youâ€™re shaking hands with your playing partner, you may want to tip your hat to those brave soldiers of centuries past who walked these same links before you.