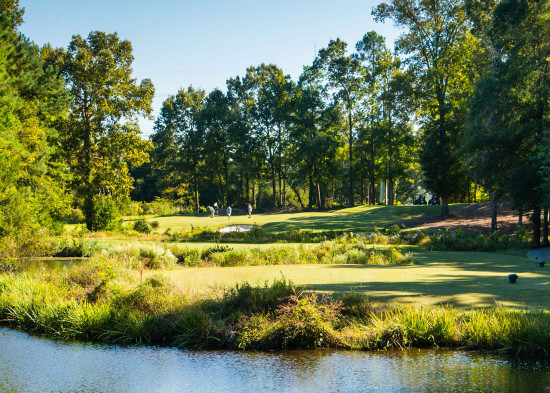 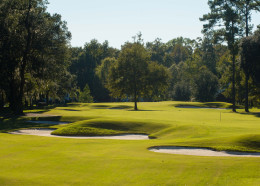 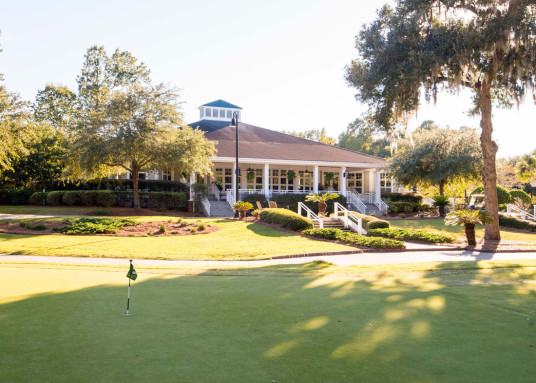 Coosaw Creek may be the most deceptive challenge the Charleston area golf menu offers. Those who choose their tees according to the yardage figures on the card might look at this Arthur Hills design as the Napoleonic type. You know, a little guy just asking for a whipping. But anyone who takes the time to look beyond the yardage – less than 6,600 from the back tees – will take note of a slope rating hitting the 140 mark.

Play one round at Coosaw Creek and the seeming incongruity is explained by a course that uses strategic angles and imposing hazards, as opposed to raw length, to protect par. Discounting the par-3s, just two holes – the par-4 ninth and the par-5 16th – play straight away from tee to green. The 12th, another par-5, shows no dogleg off the tee, but if you’re thinking of reaching this one in two, you’re going to have to deal with a tight turn to the right by carrying some trees with your second shot. Of the more traditional doglegs – the ones that turn at the driving area – Hills doesn’t favor a draw over a fade or vice versa. It makes you wonder if the amiable Hills weren’t a drill sergeant some years ago. Left … right … left … right.

Further complicating the every-changing angles is the fact that Hills is not averse to putting something in or very close to the optimal line of play. Could be a tree, like those on the par-4 fifth or the one guarding the left side of the green at the short par-4 ninth; could be a bunker, as is the case at 8, 9 and 12. Then there are lakes and wetlands which sometimes cut across entire fairways, as happens at three of the last five holes. Combine all these factors and you have a course that provides plenty of challenge and enjoyment, even if it does come in a less-than-7,000-yard package.