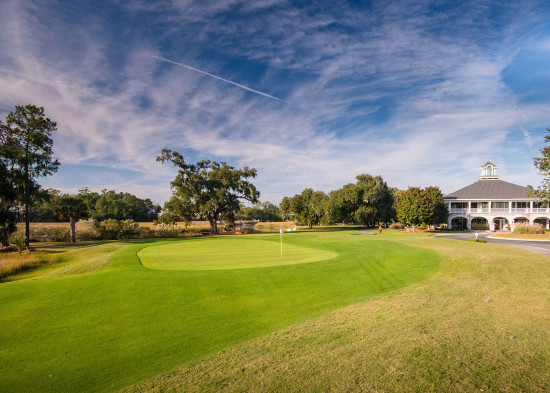 A good golf course at a great price. Henrietta Hartford would have been proud.
- Shane Sharp, Golf Channel's GolfCarolina.com 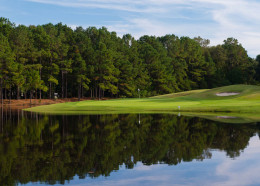 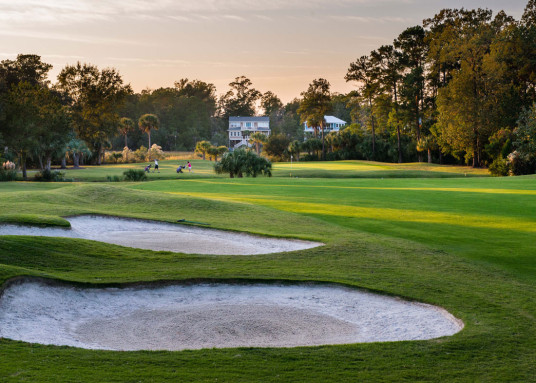 Dunes West Golf Club is almost as deeply rooted in history as the game itself. Thereâ€™s no room for an extended history lesson here, but consider this. The land that is today Dunes West was part of a 1696 land grant and from 1712-1827, was owned by the same Vanderhorst family that once owned most all of Kiawah Island. (Thatâ€™s pronounced Vanâ€™ draust, for those of you not from the Lowcountry.) Fast forward to 1930 and the one-time Lexington Plantation was sold to Henrietta Hartford, the widow of Edward V. Hartford and one of the wealthiest women in America. Hartford would marry Prince Guido Pignatelli of Italy in 1937 and the land would come to be known as Pignatelli Plantation, where the princess insisted that a nine-hole course be built, to go along with the saltwater swimming pool, tennis courts, stables, guest house and servants quarters.

We donâ€™t know who designed that first nine-holer, but itâ€™s certain that it bore no resemblance to the Arthur Hills layout that Dunes West golfers enjoy today. Incorporating parts of a land plan designed for the princess by the famed Olmstead firm of New York, Hills created a layout that has been popular with members and guests alike since it opened in 1991. The clubhouse sits on the exact spot the princessâ€™ 32-room mansion occupied and the water hazard that fronts the ninth green was once a more formal reflecting pond that mirrored the home. Thereâ€™s even an alternate green on the par-4 18th hole built on the site of one of those original nine greens. And the â€œavenue of oaksâ€ that frames the drive up to the clubhouse, as well as the right side of the 18th fairway was planted by Princess Pignatelli, as well.

Apart from that, Hills created a course that stretches throughout the vast property, cutting broad swaths through once-dense forests to make its way to coastal tidelands and saltwater creeks on both sides of the property â€“ at the fifth hole and again at the 18th, where Toomer Creek laps against the left side of the putting surface.

At Dunes West, itâ€™s clear that Hills was given free rein by developers respectful of the game of golf to create a course that is as intriguing as its history.