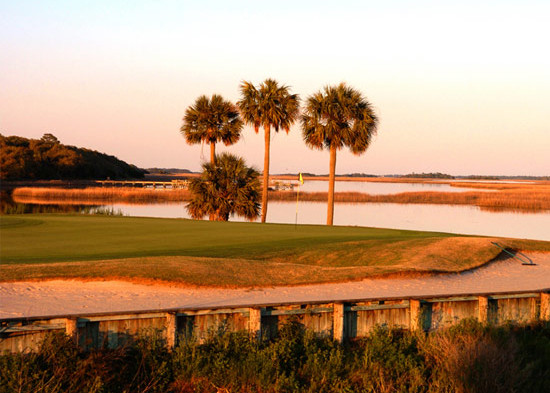 I like to think of Oak Point as a Scottish-American design, with bunkers and contours reminiscent of a Scottish style course blended with features such as oak lined fairways and salt marsh that are typically more American.
- Course architect Clyde Johnston 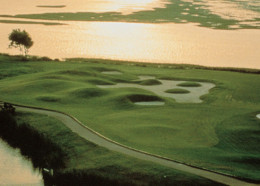 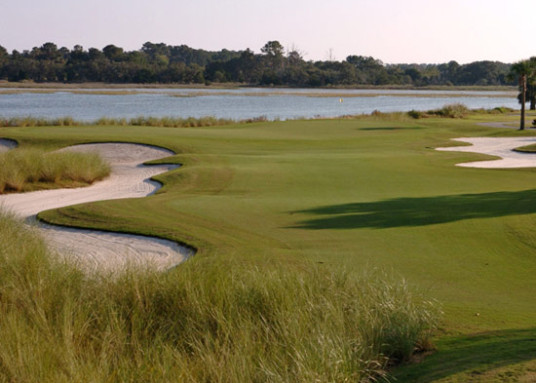 One fifth of Kiawah Resort's 90-hole golf offering isn't on Kiawah Island at all, but though outside the gates, Oak Point certainly fits the resort's upscale mold. Located just across the Kiawah River on John's Island, less than a mile from the resort entrance, the course was built to be part of a stand-alone residential development, but was purchased by Kiawah Resort in November 1997. Having hosted the 1991 Ryder Cup and 1997 World Cup, Kiawah's popularity as a golf destination was mushrooming and the demand for tee times was growing. With four resort courses, not to mention two private courses, already on the 10,000-acre island, land was at a premium, so management looked outside the gates.


What they found, almost literally at their front door, was a Clyde Johnston design that had been operating as a daily fee course since it opened in 1990. Johnston, a respected young designer who honed his skills under Willard Byrd before striking out on his own and later being elected president of the American Society of Golf Course Architects, took a 'hands-on' approach to building what he called a “Scottish-American design,” a course combining elements of Scottish links courses – dramatic contours, mounding and bunkering – with the use of water and wetlands typical of American courses. While the setting is definitely Lowcountry, Oak Point typically plays firm and fast, like a true links course. The par-4 finishing hole plays directly along Haulover Creek and provides sweeping views of the Kiawah River and the resort beyond, where 72 more holes await you.